My Wife Is a Transmigrated Master Cultivator 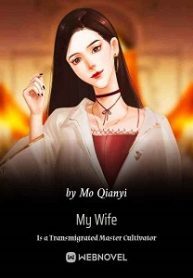 My Wife Is a Transmigrated Master Cultivator
Synopsis

She is a cultivator from another world. She is proficient in refining artifacts, improving elixirs, talisman arrays, medical skills, and even fortune-telling. Due to several unexpected tribulations, her reputation was tarnished and she became the second daughter of the Lu family who harbored ill intentions toward her future brother-in-law.
What? She had just been reborn, and she was going to marry a ferocious man who was known as the living Lord of Hell and the second young master of the Mu family whose legs were disabled?! Fine! Since that man was so magnificent and fit her taste, she would marry him anyway! But what happened to his legs being inconvenient? Who was the man who would pounce on her from time to time at night and pamper her until she felt sore all over?! Who was the one that first spread the rumors? Would they dare to come forward? They would most likely be crippled if they did not kill him!
[In the modern world, the male and the female are both strong. From evil torturing to extensive face slapping, this story is filled with endless thrills. There are mythical dimensions, cute babies and even (not scary) supernatural occurrences. Both leads are immaculate and pure while the male lead is addicted to doting on his wife!

The Stars Have Eyes

After Brushing Face At The Apocalypse’s Boss For 363 Days