Global Symbiotes: My Symbiote Is A Slime

The Most Generous Master Ever

Maximum Comprehension: Taking Care of Swords In A Sword Pavilion

Ranking Of Kings: My Land Is SSS Rank

I Get A Random New Occupation Every Week

Awakening The Weakest Talent: Only I Level Up

Online Game: I Began By Enhancing Endlessly With My SSS Rank Talent

Alchemy Emperor of the Divine Dao 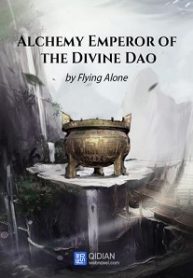 An ultimate warrior, the one and only Alchemy Emperor, Ling Han, had died in his quest to achieve godhood. Ten thousands years later, and he, with the “Invincible Heaven Scroll”, was reborn in the body of a young man with the same name. From then on, winds and clouds moved, as he set himself against uncountable geniuses of this new era. His path of becoming a legend has begun once more. At all eras, and underneath the heavens, I am the strongest!
You’re reading chinese web Novel  “Alchemy Emperor of the Divine Dao” on MYBESTNOVEL.COM.

10,000 Years In A Cultivation Sect: I Obtained A Powerful Technique From The Start

Heavenly Dao Rankings: I Am Exposed As The Sword God

I Have A Divine Tree In My Heart