I Became The Pope, Now What?

The Reincarnated Assassin is a Genius Swordsman

Marry A Sweetheart And Get Another Free: President, Please Sign This!

I, The Female Protagonist With Superpower, Am Super Fierce

The Yun Family’s Ninth Child is an Imp!

My Genes Can Evolve Limitlessly

My Runes Can Be Upgraded

Reincarnated As A Demonic Dragon, I Formed A Pact With A Beautiful Female Lord 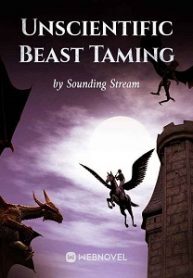 Shi Yu woke up one day in a world built on the foundation of Beast Taming, where powerful monsters roam and great societies formed around the Beast Tamers who tame them. After concluding that he’d been reincarnated because he was good looking, he put his skills as a mythology expert to use, aiming to become a professional Beast Tamer so he wouldn’t be poor again in this life.
Thankfully, he had been reborn with a trump card in this life, a Skill Index that broke certain rules of the Beast Taming world. Starting from zero by secretly copying and teaching skills to domestic and wild beasts alike, Shi Yu stepped on the path of Beast Tamers as he raised a bunch of logic-defying and unreasonably strong beast pets…
Key Words: Beasts, Beast Pets, Pets, Summoning

Blacksmith: You Are Making Mjolnir For The Forging Exam?

Reborn Little Girl Won’t Give Up