Reborn: I’m A Dragon Girl With An OP System

Starting from becoming the King of Saiyans

Reincarnated as an Imperial Prince

MMORPG: Rebirth as an Alchemist

December 7, 2022
Chapter 296: The Race for the Monarch Sovereignty Chapter 295: Engaged against the First World Boss

Rebirth of the Best Businesswoman at School

Ranking Of Kings: My Land Is SSS Rank 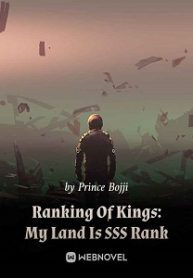 N/A, it has 3 monthly views

All humans transmigrated to a parallel world, where every one of them was a king with the territory.
They participated in a game called The Ranking of Kings and fought to become the best nation.
The rankings were determined based on various aspects such as military, technology, commerce, culture, and religion.
In the game, the kings would awaken different attributes of the land.
Someone exclaimed, “My Renewable Resources attribute allows me to enhance raw materials such as timber and minerals. I want to build the strongest empire of commerce!”
Another king challenged, “My King of the Undead attribute allows me to summon dead souls to fight for me. Who dares to stand in the way of my troops of one million undead?”
The third king declared, “My Integrated Production attribute will ensure that technology is being implemented efficiently. You foolish barbarians, watch as my nation advances a few centuries ahead of yours.”
The fourth king said, “My Miracle Summon attribute can increase the efficiency of evangelism by 1000%. I look forward to the day when my nation becomes the top religion in the world.”
…
Li Xiang revealed a pondering look as he looked at his attributes shown on the virtual data panel.
[Attribute 1: Devils’ Den (SSS rank, unique)]
[You acquired the original birthplace of the Dragon Clan. All the legendary dragons are now under your command.]
[Attribute 2: Devouring Lands (currently A rank, evolvable)]
[When you annex the territory of other kings, you seize their attributes as well. Furthermore, you can level up these attributes to even higher ranks.]

No Otaku with Harem System